I'm seeing the light at the end of the tunnel (two and a half weeks and counting), but it still seems like a long time away some days. I really ought to restrain myself from visiting blogland (heck, I'm definitely doing a good job of not posting to it), because all of the creative happenings going on out there make me feel like a kid that's been told they can't do something (you know, because school is um, more important right now, right?)...I only want to do it more. Take a look at these great creations:

Enough with my complaining. Two and a half weeks will be here before I know it. My fabric stash and idea/inspiration list will just have to wait.
Posted by Stephanie at 11:26 PM 2 comments:

All in the Details

This shirt has been hanging in my closet zipperless for over a month. I finally pulled it out yesterday and attached the zipper and finished the hem. I used Simplicity 3927 again for this shirt. The only alteration I did was attaching an invisible zipper on the side instead of in the back as the pattern calls for. I really love this pattern and fear that my wardrobe will consist of ten shirts in this style. Will people notice this or can I fool them by changing the fabric each time? 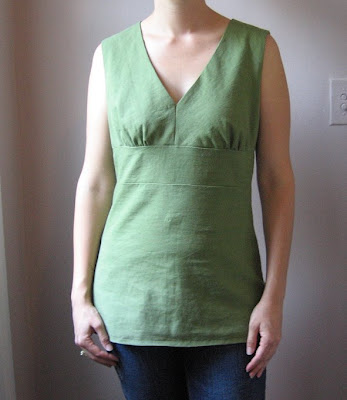 Do you share my problem of putting off finishing details or is it just me? I must make a new rule for myself about not starting new projects before I "finish" the one at hand. Speaking of details, here's a shot of the new ring I bought myself at the beach last weekend. It's a little cheap thing but I love it. Can you guess what my favorite color is these days? 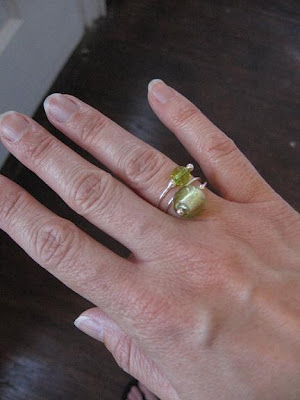 Trying to speed up the process, for the past year I have been taking a full-time course load while working full-time. Some people think that I'm crazy to be taking two classes at the same time over the summer, but I know if I take a break I'll just have these last two classes hanging over my head. Plus, I've been making a mental list of all the things I'll be able to do after July 15th. Sewing, perfecting pancakes, family, friends, yoga, sitting on the couch without feeling guilty (well, not sure I'll ever really be able to do that but I'll definitely feel a little less guilty after school is over)...five and a half weeks...But who's counting?

If you've read through this entire post, you deserve a treat. This is Bo, letting it all hang out. 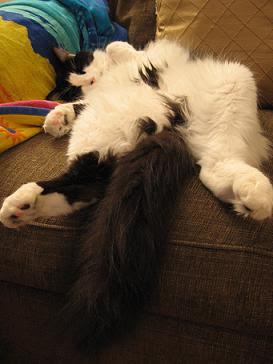 (Pardon the ugly beach towel in the background. This was pre-"No Scratch" spray).
Posted by Stephanie at 9:30 PM 5 comments: